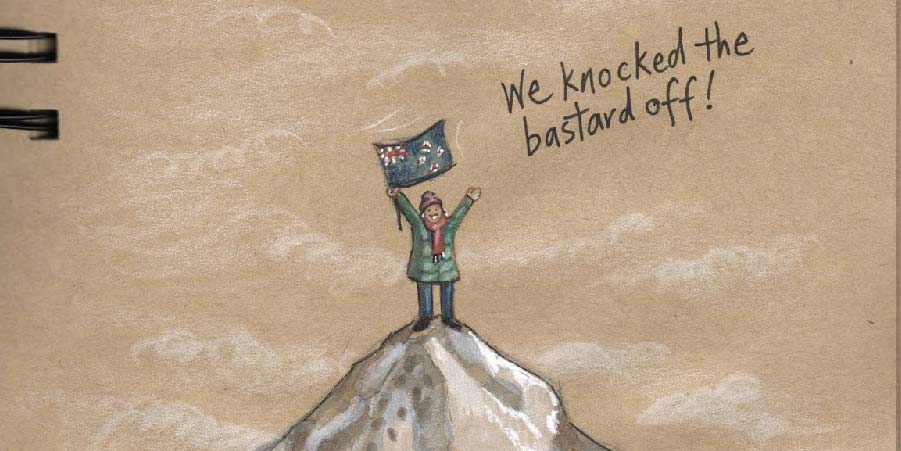 Funny old time isn’t it? Well not funny at all for many.

We have, in New Zealand, managed to lockdown, quarantine and in the famous words of Sir Edmund Hillary ‘knocked the bastard off’ and are now enjoying a life in Level 1 with few restrictions other than the border closures to the rest of the world. I have no doubt that as soon as we open up again, COVID-19 will reappear, but hopefully we have some semblance of awareness over how we deal with it. Of course there has been the sadly inevitable business closures and unemployment that follows a country shutting down for 2 months. My own work in my portfolio career has been cancelled for the year, and as I have been the sole breadwinner in the house for the last 15 months, that leaves room for concern.

However, our government has been helpful with subsidies, and in lockdown we had nothing to spend money on except food and the basic living expenses, that didn’t include takeout coffees, going to the cinema or bars or shopping. Over the 50 days, I walked, baked and in the evenings drew my thoughts about life in the times of COVID-19 in a sketchbook. I was vaguely concerned that I wasn’t doing enough creative work and I really could have thrashed out an entire novel. The time slid past peacefully and at the end of it, I found that I had indeed written a book of sorts.

My Sketchmind Diary has secured a publishing contract with The Cuba Press and help from Creative New Zealand to produce it. I’m so happy about this!

Watch this space as they say, for a link on where to pre-order. If we sell all 400 copies, we will not lose money and we can circulate it back into the system on the great money go round that is the economy. I’ll do it mostly with Pinot Gris…

Life and my creative career will go on, I always find a way not to have to commute to an office in the darkest of times. I have, in my fantasies imagined me on a pedestal (put up there by myself) and lauded for my tenacity in the arts. But you need to be careful who you put up on plinths and why.

The recent demise of Edward Colston’s statue in Bristol, had people asking, ‘any relation?’ I can tell you now that the slave trader never married or had children. Of course, he might have had ‘issue’, but none recognised. So Colston’s Girl’s School were fairly safe in their offer of 50% off school fees if you could prove an ancestral link, when we sent our daughter there in the 2 years we lived in Bristol.

I always thought that it was poor taste to have a public monument to a slave trader, however philanthropic he was, erected in the city. He funded institutions that benefitted a great many white people, all off the backs of black slaves. It is worthwhile noting that he died in 1721, The Abolition of Slavery Act was passed in 1833 and that statue was put up in 1895. This is what is called, ‘a dick move’. There’s a good article here about Britain’s view of its own history. Well worth a read.

So, now, people seem to be either in the ‘tear down all statues’ or ‘leave them there, what’s past is past’ camp. I’m in the ‘let’s look and learn something here’ camp.

Edward was torn down as a response to #BlackLivesMatter. But also nobody much liked that posturing bronze with his fancy shoes anyway. It’s always been a slap in the face and after so many slaps, well, you just turn around and say ‘enough’ and slap back. I cheered seeing him thrown off the Arnolfini Bridge into the none too clean water of the Bristol Harbour.

He’s been fished out now, and is safely tucked away, graffitied and with a hole in his bum, along with the placards from the protest- and suprising find of an 1881 newspaper tucked into his cavity. This will be included in an exhibition of our current history; Edward Colston, the profiteer of misery, overthrown because people had had enough. This is how we learn and hopefully become more human.

World leaders should bear that in mind.

Of Sketchbooks and Statues